END_OF_DOCUMENT_TOKEN_TO_BE_REPLACED

Judge Van Ruymbeke from the financial division of the Court of Paris recently made headlines during the affaire Cahuzac (named after the former official of the French Ministry of Finance). He also has on his desk a less publicized case: the end of the Sygma agency. It is the story of millions of photographs covering the final decades of the 20th century.
END_OF_DOCUMENT_TOKEN_TO_BE_REPLACED
For 30 years, he was at the head of a group of photographers hunting for scoops. They made the covers of the world’s biggest magazines. Then the meticulous manager of Sygma’s interests was carried away, not by the revolution he had anticipated, but by his weakness. END_OF_DOCUMENT_TOKEN_TO_BE_REPLACED

“to have enemies on should be worthy of it,” said Roger Thérond, according to Hubert Henrotte. “Monique,” as almost everyone called her, has a few among the photographers at Gamma and Sygma, but none among the celebrities she has had photographed for more than 40 years.
END_OF_DOCUMENT_TOKEN_TO_BE_REPLACED

For forty years, Alain Dupuis sold photos, first for APIS, then for the Sygma agency, where he was joined by Claude Duverger, Tony Rubichon and others. The founding of Sygma was the starting gun for the fierce competition among Gamma, Sygma and Sipa Press, founded the same year as Sygma by Göksin Sipahioglu. The agencies managed in just a few years to drive up the price of news photos to outrageous sums.

Between 1985 and 1995, they created what has been called The Golden Age of Photojournalism, where photographers and sellers got “filthy rich” through real and false scoops and taking foolish risks. According to several witnesses, “the parking lots at Sygma were the first in France to have Porsches, Jaguars and Ferraris.”

This success made their downfall all the more bitter.

END_OF_DOCUMENT_TOKEN_TO_BE_REPLACED 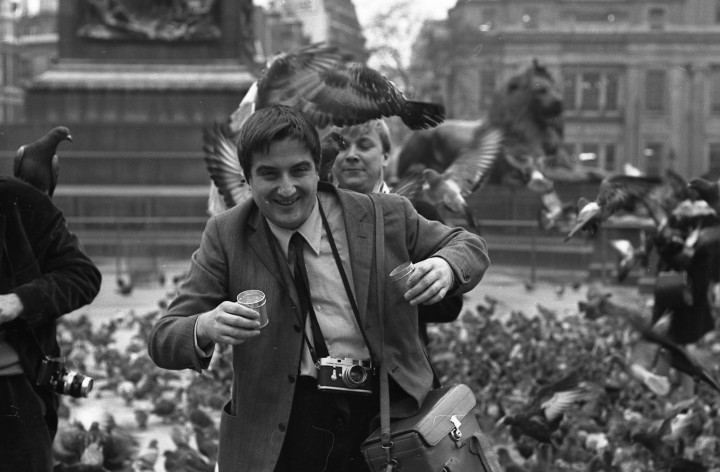 END_OF_DOCUMENT_TOKEN_TO_BE_REPLACED

He is the best known of the four musketeers who founded Gamma in November 1966, taking charge of the agency after the parting of the ways. I wanted to hear his side of the story, but the photographer, who took President François Holland’s official portrait one year ago, is difficult to reach. When I finally got through to him, he was reluctant at first: “The anniversary of Sygma. I’m in no position to talk about it—I’m anti-Sygma!” A few days later, he called me back and kindly answered a few questions. Forty years later, despite his written contribution to the memoirs of Hubert Henrotte (which Depardon claims not to have read), we feel that the conflict of April and May 1973 is still vivid in his mind. The reason is his almost visceral attachment to Gamma, which led him again last month to offer his support to François Lochon, the agency’s current director.

Read the full article on the French