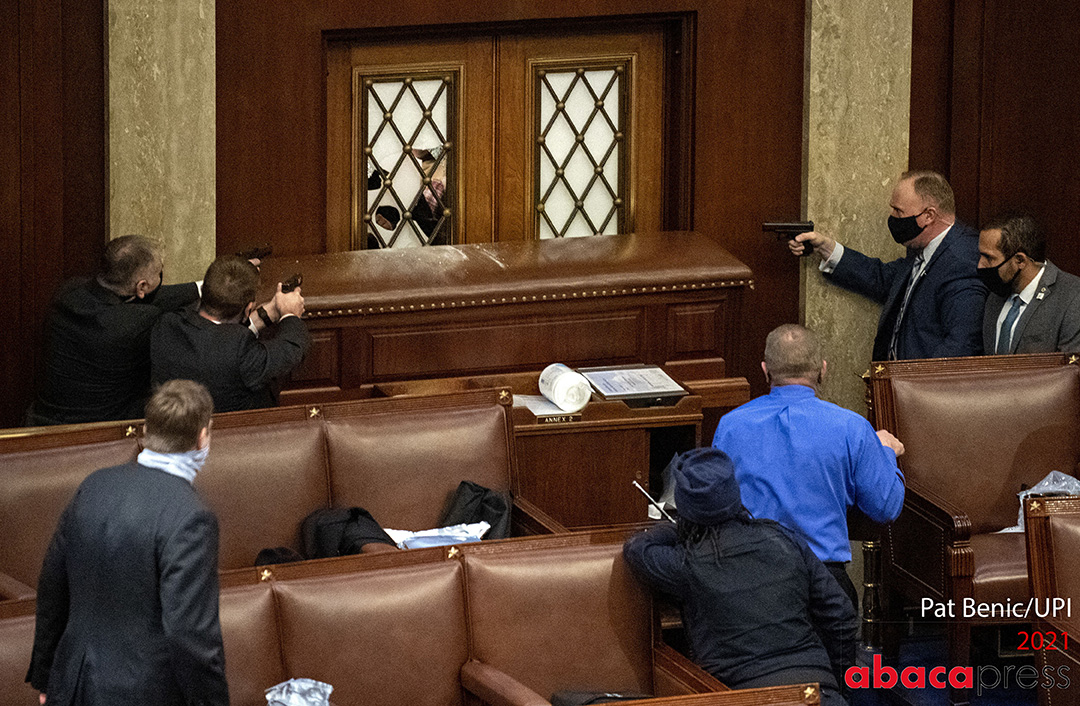 2021
Plain clothes Capitol Police point their guns at rioters who had broken the glass of the main door of the House Chamber that was reinforced with a large piece of furniture at the U.S. Capitol in Washington, DC on Wednesday, January 6, 2021. The congress members were being evacuated at this time. Shots did ring out near this door and one rioter was killed, before the assault on the police and the House Chamber was stopped. A pro-Trump mob broke into the U.S. Capitol causing destruction, an evacuation and at least four deaths. After a long delay Congress certified Joe Biden’s victory in the Presidential election. Photo by Pat Benic/UPI/ABACAPRESS.COM News | BRUPI20210109_082 WASHINGTON Etats-Unis United States