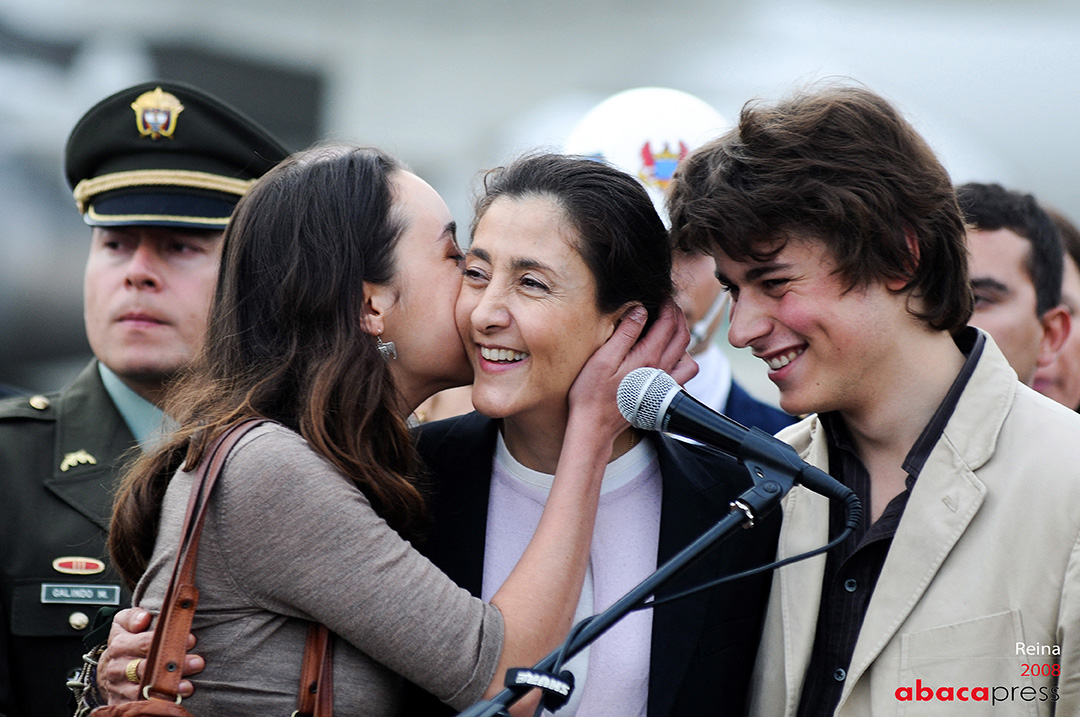 2008
French-Colombian politician Ingrid Betancourt with her children Melanie and Lorenzo Delloye-Betancourt at Catam military airport in Bogota, Colombia on July 3, 2008. Ex-hostage Betancourt, rescued from leftist rebels in a stunning Colombian military operation after six years in captivity, was reunited with her children on Thursday. Betancourt had been held in jungle hide-outs by the Revolutionary Armed Forces of Colombia, known as FARC, and was the group’s best-known captive. Photo by Reina/ABACAPRESS.COM