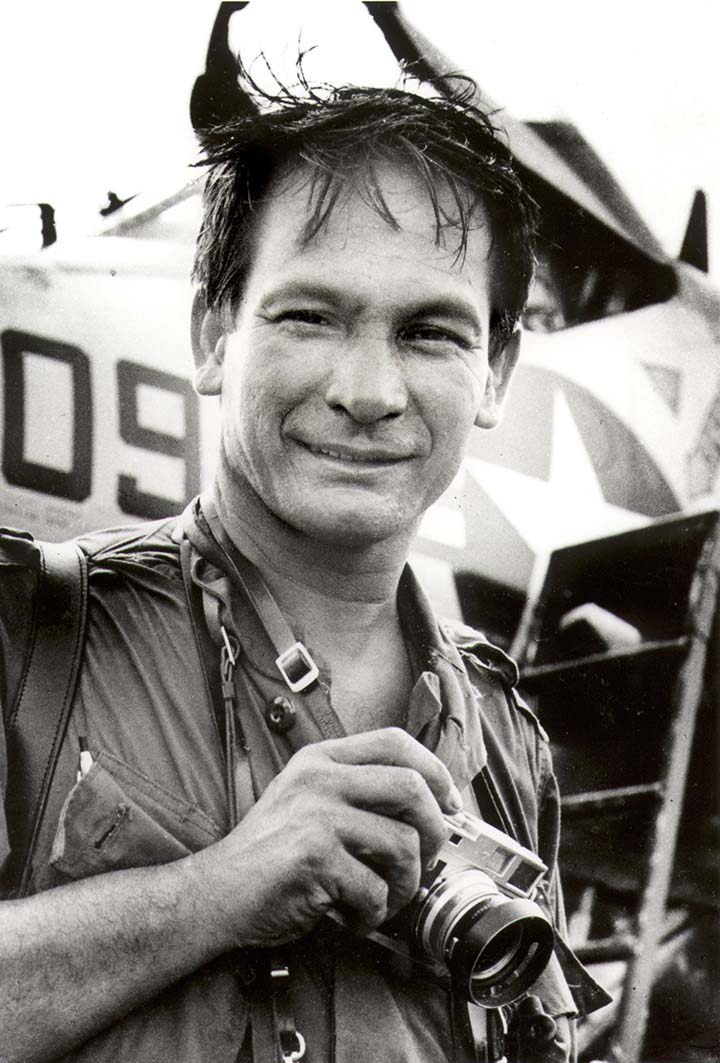 In this Jan. 23, 1966 file photo, Associated Press photographer Henri Huet is shown in Saigon. It was a love token worn through the blood-drenched rice paddies and jungles of the Vietnam War. For Huet, the Virgin Mary medallion was his one constant link to Cecile, the woman he loved. The celebrated Associated Press photographer carried it in his pocket or hung it around his neck. It was engraved for her baptism and when he left for the war, she gave it to him. On assignment, the military helicopter Huet was riding in got shot down over Laos. Huet was killed. The medallion the size of a penny disappeared into the thickness of a bamboo forest, where it slept for nearly three decades. This past week, the gold medallion was again in the hands of Cecile, the culmination of an extraordinary journey that took it across epochs and continents _ and whose mystery was unlocked by a long-lost trove of letters. ( Copyright AP Photo)