Xavier Lucas, photo director of the magazine of the French daily Le Parisien, asked Scout Tufankjian, who took the most “liked” of Michelle and Barack Obama, to cast an “American eye” on the duel between two women for the mayor of Paris. Le Parisien Magazine gave L’Oeil de la Photographie an exclusive look. 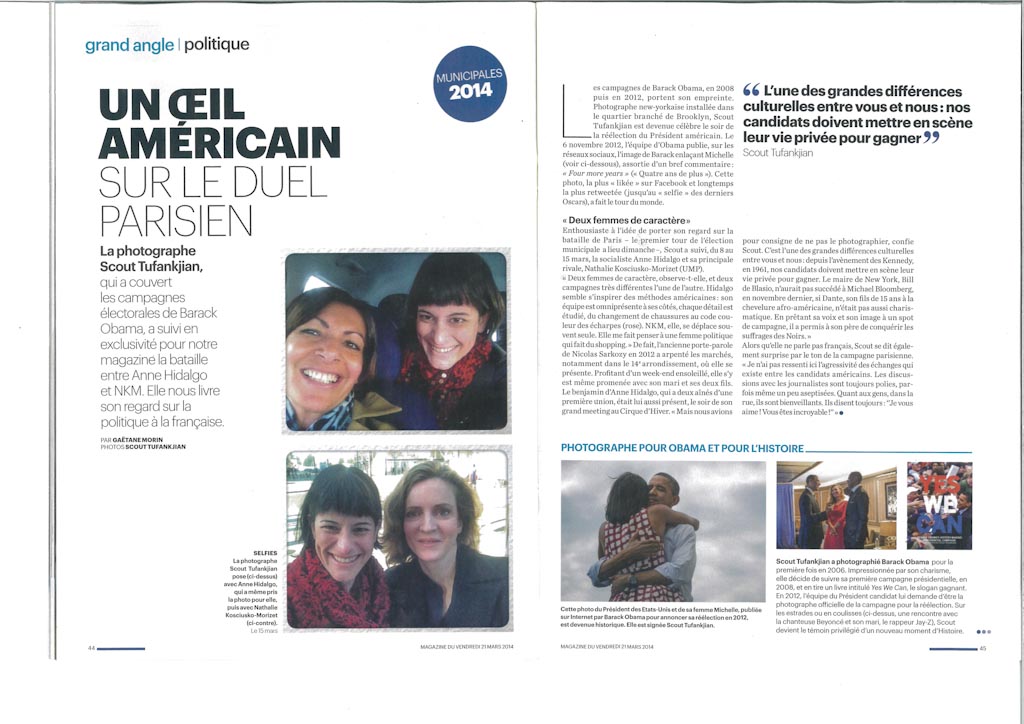 “Scout was immediately enthusiastic about the project,” says Lucas. “We wanted to publish this report on the eve of the first round of the municipal elections. We commissioned Scout to follow socialist candidate Anne Hidalgo and her principal opponent, Nathalie Kosciusko-Morizet, from March 8th to 15th.”

Scout is a warm, friendly and dynamic woman with a fine reputation in the profession. She also talks like a machine gun, to the chagrin of all French speakers.

Although well known for her work on the Obama campaign—her book on the 2008 election became a bestseller—Scout has worked extensively in the Middle East, spent four years in Gaza and speaks fluent Arabic.

More recently, she reported on the earthquake in Haiti, and has worked in Brazil, Syria, Lebanon, Egypt, Ethiopia and Turkey.

She’s left Brooklyn for the time being and headed to Istanbul for an in-depth story on the Armenian diaspora.